The dichotomy that has so far been described in the previous two posts lies at the heart of art, and has done so since the earliest days. Is art about representing the world as we see it?  Or is it about representing the world as we feel it?  Is it primarily concerned with capturing the visible?  Or is focused on making visible the invisible? Julian Bell considers this problem in his book ‘What is Painting?’: 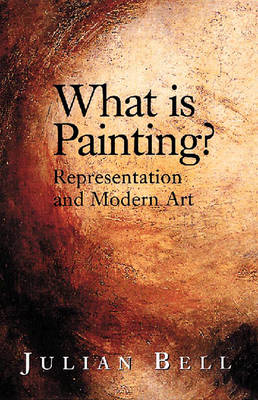 “Rather than attempting to transcend the visible world (as Plato taught), the younger philosopher (Aristotle) was concerned with giving a coherent account of it, and he saw ‘mimesis’ as a vital tool in doing so. …  This acceptance of images by Aristotle on the one hand, and the Platonic and Judaic rejection of them on the other, hinge on an ancient and well-trodden opposition of terms: knowledge versus feeling, logic versus intuition, head versus heart. Aristotle inclines to see images as coming from one side of the opposition: people make them because of their wish for knowledge.  Plato suspects them of coming from the other: people make them to indulge their desires – vain desires, from his point of view.  …  The battle between these two viewpoints has continued to this day.” (p15)

I would suggest that the situation is not as clear cut as Bell suggests. Great art has always been about an interweaving of the two.  For this, consider the experience, work and statements of the great Renaissance master, Michelangelo. 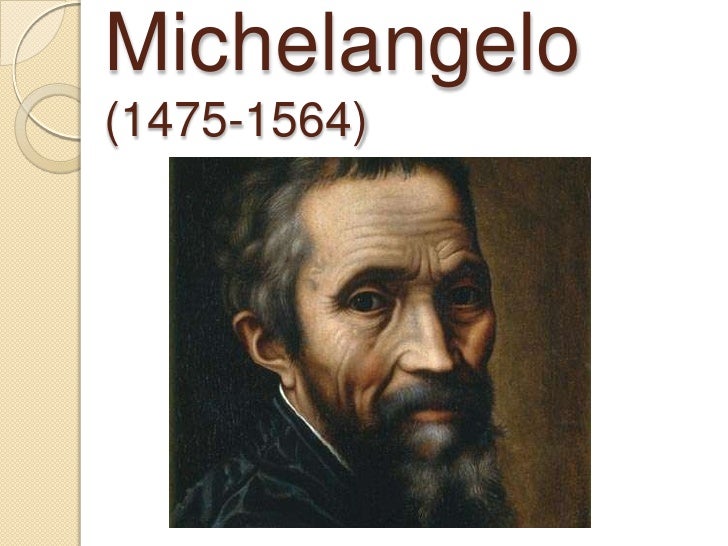 “Every block of stone has a statue inside it and it is the task of the sculptor to discover it.” Michelangelo Read more at: https://www.brainyquote.com/quotes/authors/m/michelangelo.html

“A man paints with his brains and not with his hands.” Michelangelo

“The marble not yet carved can hold the form of every thought the greatest artist has.” Michelangelo

“If people knew how hard I worked to get my mastery, it wouldn’t seem so wonderful at all.” Michelangelo

Michelangelo – Study of a head

“I am still learning.” Michelangelo 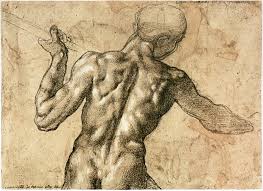 “My soul can find no staircase to Heaven unless it be through Earth’s loveliness.” Michelangelo

Michelangelo – The Fall and Expulsion from Paradise (Sistine Chapel) 1508-12

Michelangelo’s perspective on his work is that it of necessity requires a great deal of hard work. It requires focus, tenacity, determination, perseverance, to acquire the levels of skill that he achieved.  There is nothing easy about it, nothing about waiting around until the Muse deigns to intervene.  Behind it all, there is, the intent, the philosophy, the curiosity, the personal mode of thinking of the artist.  Thought was very important to him, he would definitely have seen painting as a conceptual activity.  There is more to the work of art than can be seen on its surface.  That is why artists make art, and why they continue to find visual form for their contemplations, visions, aspirations and responses to the world around them.

Julian Bell reminds us of the ancient dichotomy represented by the Greek philosophers concerning art, but to be fair, neither Aristotle nor Plato were artists. It may be true that from a philosopher’s point of view, the difference of opinion between them is one which does “hinge on an ancient and well-trodden opposition of terms: knowledge versus feeling, logic versus intuition, head versus heart.”

I suggest that this is an arbitrary way of looking at art, introduced by philosophy. I contend that an artist’s point of view about art is equally valid, if not more so, and it is clear therefore that the neat division of knowledge and feeling, logic and intuition, head and heart are not the case for one of the greatest of them all.  Michelangelo, and all great artists, combine the two.  Their work is a result of knowledge and feeling, logic and intuition, head and heart.  This is what lies behind the compulsion of the artist to make the work.  This is what lies behind the appreciation and value that viewers attach to the work made.  Something communicates itself through the art work, from the artist to the viewer, and this happens in such a way that the art work is not merely admired as technically competent, or pleasant to look at, but positively treasured because it speaks of, and to, the deeper parts of our human existence.